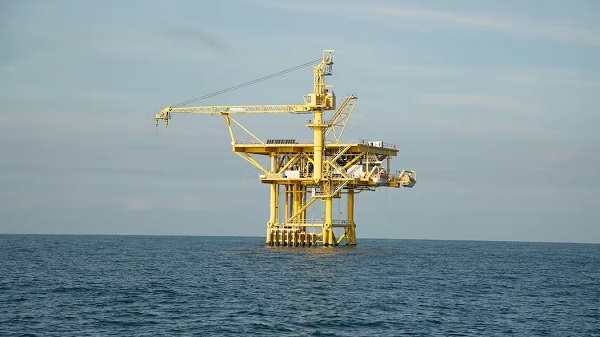 The GSP Uranus jackup has started a multi-well drilling program for Trillion Energy at the SASB gas field in the Turkish sector of the Black Sea, Trillion announced Sept. 19.

The Uranus rig is alongside the Akçakoca platform where it will drill three directional wells and a recompletion of an existing well.

Trillion had planned to pair completion of the Akçakoca wells to cut costs and rig skid times, but each well will produce gas upon completion, with first production anticipated in early November.

After the work at the Akçakoca platform, the rig will transfer to the next of the three SASB platforms at SASB with drilling and completion of these initial seven wells to be followed by another estimated 10 wells prior to the start of further exploration.