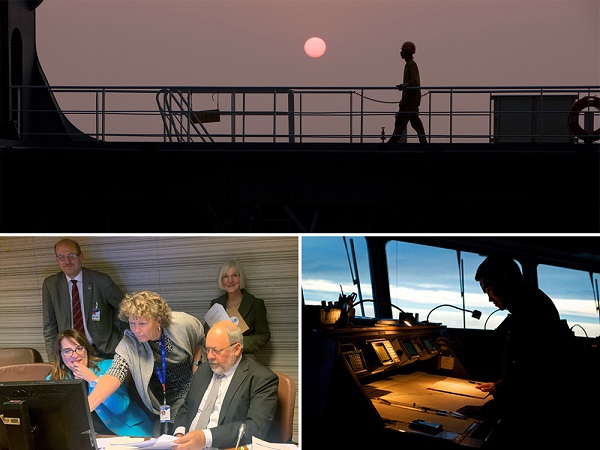 New measures to improve conditions for seafarers, including those who have been abandoned, have been adopted at a meeting involving governments and maritime workers and employers’ organizations.

The Guidelines seek to address the significant rise in cases of abandonment of crews reported to the ILO, which have risen from less than 20 cases per year between 2011 to 2016, to 40 in 2019, 85 in 2020, 95 in 2021 and 114 cases as of mid-December 2022. The Guidelines aim to improve coordination among countries, including flag States, port States, States in which seafarers are national or resident, and States in which recruitment and placement services operate, in order to resolve abandonment cases more quickly, including getting seafarers paid and repatriated home to their families.

The new Guidelines draw on relevant ILO international labour standards, notably the Maritime Labour Convention, 2006, as amended (MLC, 2006), including its most recent amendments; an earlier joint ILO-IMO resolution adopted in 2001 (Resolution A.930(22)); relevant IMO international frameworks and agreements; and relevant trends and developments in regional and national law and practice.

Under the MLC, 2006, flag States – countries where ships are registered and/or whose flag the ships are flying – must ensure a financial security system is in place for ships under those flags. The new Guidelines encourage flag States to verify, at least annually, the validity of this financial security. Port States are encouraged to pay particular attention to this financial security during their inspections of foreign ships that visit their ports. States where recruitment and placement services operate are also called upon to regularly verify that those services include a system to ensure the protection of the seafarers they recruit and place.

The new Guidelines set out procedures to be taken by States if a shipowner fails to fulfil their obligations to arrange and cover the cost of repatriation of seafarers, outstanding wages and other contracted entitlements, and the provision of essential needs, including medical care. In these circumstances seafarers are then considered abandoned. These procedures include developing, in cooperation with seafarers’ and shipowners’ organizations, national Standard Operating Procedures (SOPs) to explicitly define the liabilities and obligations of the competent authority and the roles to be played by the various national stakeholders. These stakeholders include the relevant national seafarers’ welfare boards, shipping agencies, seafarers’ and shipowners’ organizations, seafarer welfare organizations, seafarer recruitment and placement services, and others.

The ILO–IMO meeting also discussed the importance of the joint ILO-IMO database relating to abandoned seafarers, and the need to update and improve it.

The Tripartite Working Group’s first meeting brought together more than 250 representatives and observers from Governments and Shipowners’ and Seafarers’ representative organizations, to identify and address seafarer issues. The meeting was held in hybrid format in Geneva from 13–15 December 2022. The outcomes of the meeting will be reported to the ILO Governing Body and IMO Legal Committee in 2023.