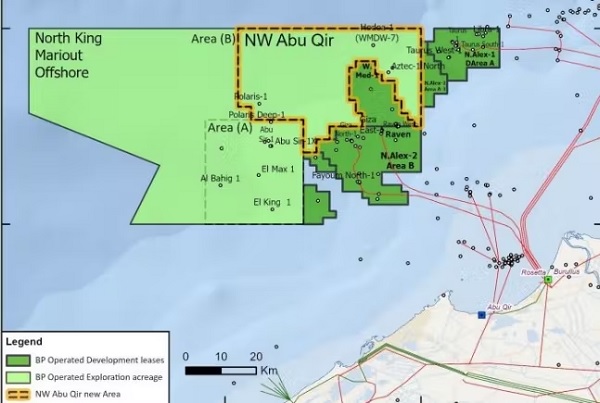 For the Northwest Abu Qir Offshore Area, bp will operate with an 82.75% interest, with partner Wintershall Dea holding 17.25%.

Karim Alaa, bp’s regional president, Egypt, Algeria and Libya, said, “We have been awarded four new exploration blocks and a block extension in 2022, which offer the potential for gas discoveries that could be developed using existing infrastructure. Acquiring this acreage is part of our strategy to maintain a longer-term plateau production rate.”