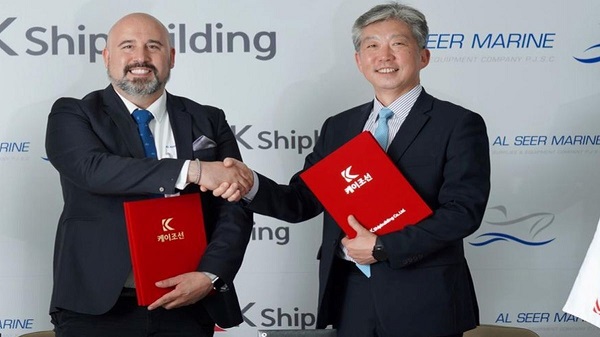 Al Seer Marine has continued an aggressive expansion programme with the contracting of four MR tanker newbuildings at K Shipbuilding in South Korea for delivery in late 2024.

Al Seer Marine is a subsidiary of International Holding Company (IHC), a conglomerate holding company, with both companies listed on the Abu Dhabi securities exchange.

The chairman of IHC is H H Sheikh Tahnoon bin Zayed Al Nahyan, who is the son of the founder of the United Arab Emirates, and who also holds the positions of chairman of ADQ (a state holding company), First Abu Dhabi Bank, and Royal Group (another conglomerate).

The company also stated that it has large gas carriers currently under construction as part of a joint venture with BGN International and is looking to expand its freight solutions for bulk cargo globally.

Elandra Everest was purchased from Vitol interests, and the four other vessels were acquired from Sovcomflot of Russia.

The four MR tankers newbuildings are reportedly contracted at US$44M each (en bloc) and lifts K Shipbuilding’s orderbook to 30 vessels (all tankers), including 20 MR tankers.

The new tankers are being designed to be ready to adapt to new fuels such as ammonia and methanol amid transition efforts, the company said.