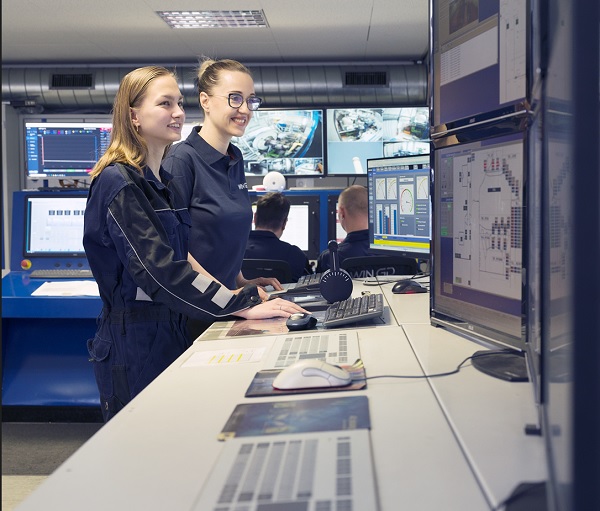 DNV’s SP1 ‘Cyber Secure Essential’ notation certifies that vessels are built with cybersecurity standards equivalent to UR E26, governing system integration, and UR E27, applying to installed technologies. The engine control system is one of several ship systems that need to be validated to E27 standard. Type approval assures that WiCE is technically ready to meet this standard.

WinGD Head of Digital Transformation & Technology Peter Krähenbühl said: “This approval places WinGD as a frontrunner in the cybersecurity of essential ship systems, offering peace of mind to yards and shipowners that vessels powered by a WinGD engine will be compliant with upcoming regulations. It is great to see our digital roadmap on track to deliver the confidence and security our customers rely on us for.”

DNV Head of Digital Ship Systems Jarle Coll Blomhoff said: “Cybersecurity is an increasingly critical element for the safe operation of more vessels as system complexity interconnectedness on-board and on-shore deepens. This is also a trend we see reflected not only in the emerging regulations, but commercial requirements.

“We are very pleased to be able to award WinGD SP1 type approval for their WiCE engine control system. Taking a proactive approach to cyber-security compliance not only assures customers that their systems have been developed with cyber threats in mind, but also helps build confidence and streamline the implementation of advanced digital technologies throughout the maritime industry.”

The approval ensures that WiCE meets a list of requirements that safeguard cybersecurity according to the IEC62443 standard. This includes identification and authentication, software authenticity verification, backup and rollback functionality, cybersecurity event logging, and traffic monitoring and control.

The approval of WiCE is the first step in assuring cybersecurity across WinGD’s control and monitoring systems for vessels. The next steps involve working towards type approval for sub-control systems governing auxiliary components, including emissions abatement.

WiCE was introduced in 2019 to provide WinGD engines with the robust connectivity and security needed to support more advanced control strategies, as well as increased integration with other ship systems. It is deployed across most new WinGD engines and will replace the long-established UNIC architecture.