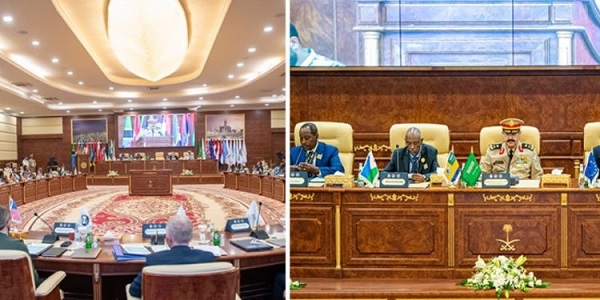 Signatory States to the revised Code of Conduct concerning the repression of piracy, armed robbery against ships and illicit maritime activity in the western Indian Ocean and the Gulf of Aden Area, also known as the Jeddah Amendment to the Djibouti Code of Conduct (DCoC) 2017, have agreed the next steps to enhance implementation of the amended code.

Practical measures for the implementation of an improved, region-led Information Sharing Network to meet the objectives of the Jeddah Amendment;

Following extensive discussions, the meeting adopted two resolutions. Resolution 1 on “Enhancement of the DCOC/JA information sharing network” adopted new mission and vision statements for the DCoC Information Sharing Workshop and gave clear direction on the way forward with respect to development of national maritime information sharing centres, the information to be shared, general considerations and goals.

"Maritime security is in all our interest, but it can be maintained only when based on cooperation. No single state can do it alone", noted European Union Ambassador Michael Pulch.

What is more, Hassan Houmed Ibrahim, Minister of Infrastructure and Equipment, Djibouti, added that “information sharing is vital in dealing with security threats at sea. The Jeddah Amendment provides a good framework of cooperation with regional States in dealing with all manner of illicit activities at sea.”