The global shipping industry is facing a new problem 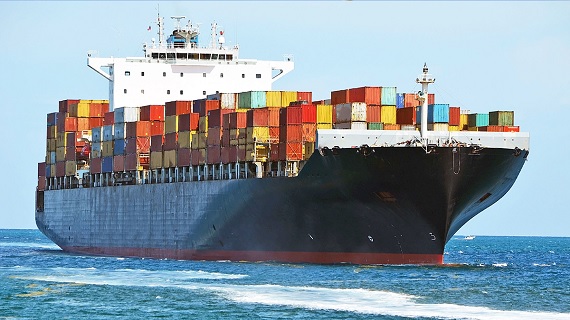 While there was a shortage of containers at the height of the pandemic, the global economy is now facing the opposite problem: too many #containers. On top of falling freight rates, data shows container depots — used to house containers after they are unloaded — are now filling up or full. It points to more signs of falling global demand and an impending economic slowdown.

Traders and shippers say the decline in global consumer demand is not a sign the global economy is normalizing after a frantic post-lockdown consumption rush but a downwards shift in consumption appetites.

“There is just not enough depot space to accommodate all the containers,” online container logistics platform Container xChange chief executive Christian Roeloffs said in an industry update this week.

“With the further release of container inventory into the market, for example from the disposal of leasing fleets, there will be added pressure on depots in the coming months.”

“Whatever was coming in and out of, for instance, our Milan depot is quite stuck. And the container volume at the depots is increasing to an extent that we are returning some requests for depot service agreements.”

“We are in a situation where we are not able to accept new clients for some locations.”

Monti told Container xChange that the peak season of goods shipments — as Christmas looms — “technically did not happen this year.” Retailers are cautious about the high level of inventory they have on hand, Monti said.

“There is enough inventory with retailers,” Monti said.

“What has happened now is that the cargo is ‘on time’ again and hence you’ll see a slowdown in new ordering as companies adjust to more efficient turnaround times in ocean freight delivery.”

To combat full and overflowing depots, ports such as the Port of Houston have started levying fees for empty containers sitting in terminals for more than seven days, according to global claims management provider Sedgwick’s national marine manager Darin Miller.

“What many don’t realize is a lot of the time, the containers within the depots are empty,” he told CNBC.

“Often left sitting for weeks on end, the sheer number of containers on ships or at ports, leaves us with insufficient depot space which only exacerbates our ongoing supply chain crisis as it impacts container repositioning and movement.”

The latest Drewry composite World Container Index — a key benchmark for container prices — has fallen again to $2,773 per 40-foot container. That’s 73% lower than the peak rate in September last year.

Sailings canceled
Blank or canceled sailings are also on the rise in what is usually the opposite, as the year’s biggest spending period approaches.

A blank sailing happens when a shipping company decides to skip a port or an entire leg of its schedule to manage changes in demand and capacity.

In its latest canceled sailings analysis, Drewry said between late November and early December, 14% of sailings have been canceled across major container shipping routes.

Nearly 60% of the 200 freight forwarders, traders and shippers that Container xChange spoke to in a survey last month said they were grappling with geopolitical, economic and political risks which have imposed downward pressures on consumption and therefore demand for containers.

“We know already that the market is bearish on consumer demand because of multiple factors like recessionary fears and inflationary risks,” a Container xChange spokeswoman told CNBC.

“So of course, there is a significant dent in consumer demand which then leads to less demand for freight and cargo, and therefore, a proportionate dent in container demand globally.”

Shippers are giving containers away to reduce crowding at depots while many have resorted to blank sailings, Container xChange added.