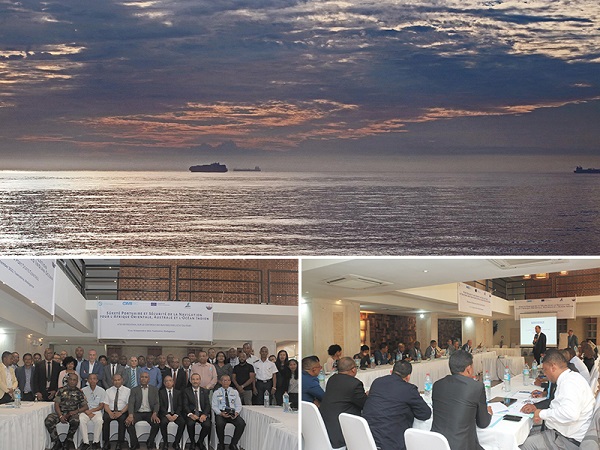 The IMO Maritime Security (MARSEC) team is organizing a regional workshop for French-speaking participating countries on Port State Control (PSC) in Toamasina, Madagascar (12- 16 September). This is part of various activities under the EU-funded project on "Port Security and Safety of Navigation in Eastern and Southern Africa and the Indian Ocean" (see more here).

Under this project, IMO aims to assist participating countries to enhance maritime security and safety in the Eastern and Southern Africa and Indian Ocean region (EA-SA-IO) in line with the 2050 Africa’s Integrated Maritime Strategy.

The regional workshop, which has been attended by 10 Port State Control Officers (PSCOs) from Comoros and 14 PSCOs from Madagascar, will provide support aiming to increase the capacity and knowledge of PSCOs, including with respect to the application and control of compliance measures under the International Convention for the Safety of Life at Sea (SOLAS) chapter XI-2 and the International Code for the Security of Ships and of Port Facilities (ISPS Code).

There are nine participating countries, which include Comoros and Madagascar. This will involve direct targeted assistance at both the national administration and port facility levels, to ensure that capacities of safety of navigation authorities are strengthened in the Eastern and Southern Africa and the Indian Ocean region; and the capacities of maritime administrations and governmental agencies are reinforced.