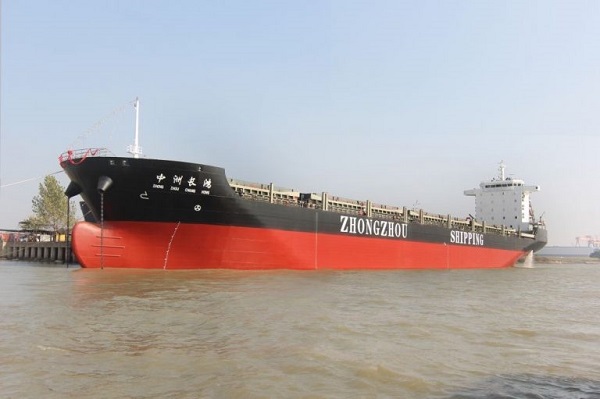 Nineteen seafarers on a Chinese domestic container ship, Zhong Zhou Chang Hong, were rescued by local search and rescue personnel, after a fire broke out in the engine room yesterday (4 September), trapping the crew in the ship.

After receiving a call for help yesterday evening, China's Ministry of Transport's East Sea unit despatched two helicopters and two firefighting vessels to Zhong Zhou Chang Hong, which was in waters 130 km northeast of Xiamen, Fujian province. The 2020-built Zhong Zhou Chang Hong, owned by Anhui Zhongzhou Shipping, operates a shuttle service between Rizhao in Shandong province and Qinzhou in Guangxi Zhuang Autonomous Region. The ship had departed Qinzhou on 31 August and was due to arrive in Rizhao on 7 September.

The state-owned China National Emergency Broadcasting said that the situation was dangerous as the ship had lost power.

Rescuers were also challenged by Typhoon Hinnamnor, by far the strongest typhoon this year, as waves were 2 metres high.

The helicopters picked up 14 of the 19 seafarers on Zhong Zhou Chang Hong; of these, eight were transferred to the firefighting vessels and six were transported to Xiamen Gaoqi International Airport.

The other five seafarers insisted on remaining on Zhong Zhou Chang Hong to safeguard the ship, but were eventually persuaded to board the rescue vessel.