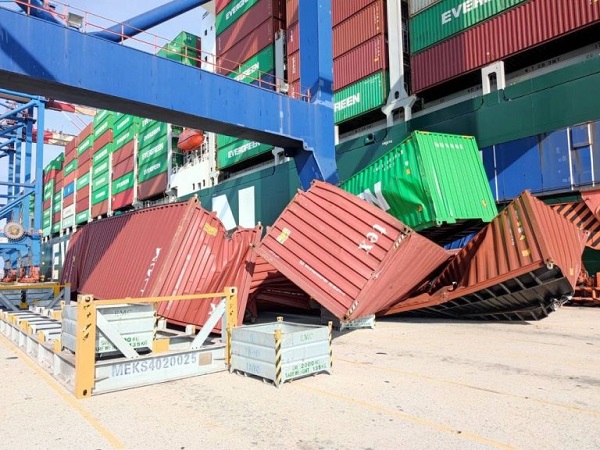 Seven containers were badly damaged after falling to the ground as the boxes were being unloaded from a ship in Taiwan's Taipei port.

In the incident around 4 pm local time on 27 August, the 12,000 TEU Ever Forever, operated by Evergreen Marine Corporation on the Transpacific lane, had arrived from Oakland, US.

The ship was berthed at North Terminal Area No. 6 and was attended to by bridge crane 17.

Due to what is believed to be a moment of inattention by the staff operating the crane, the containers fell to the ground as they were lifted off the ship.

As nobody was hurt, there was no need for police involvement.

Evergreen said that the affected shippers have been informed. Unloading operations on the Ever Forever continued and the ship sailed on to China’s Xiamen port.

Ever Forever is a sister vessel of the Ever Forward, which on 13 March, ran aground in the Chesapeake Bay near Craighill Channel after sailing from the Port of Baltimore.