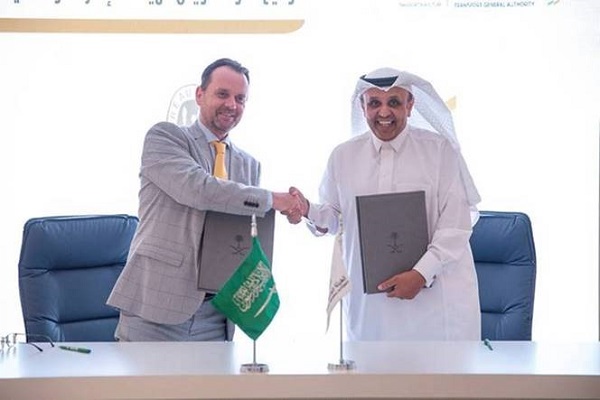 Saudi Arabia’s Transport General Authority (TGA) signed the License to operate with Bureau Veritas Marine & Offshore Classification Society SA. According to the license to operate, which complies with IMO regulations, it is expected that 426 Saudi-flag carriers will benefit from jointly provided services.

The Agreement was signed by H.E. the President of the Saudi's Transport General Authority, Dr Ramih Al-Rumaih and The Country Chief Executive of Bureau Veritas SA UAE & Saudi Arabia, Mr Christopher Welsby in the presence of a number of transport sector officials from the kingdom.

Regarding the maritime transport sector, the Kingdom ranked fifth as the world’s fastest country in handling container ships, according to the UNCTAD index. Saudi Arabia also ranked first in the Arab World and 20th globally in terms of shipping tonnage. It also won International Maritime Organization’s (IMO) council membership.

The Kingdom approves Bureau Veritas of Saudi Arabia to inspect any ships flying under the Saudi flag and classify them according to their types and purposes on behalf of the kingdom’s government and delegates by the Maritime Authority by virtue of the fundamental mandate agreement.

The agreement aims to assign the classification authority to check, inspect, issue imperative certificates and reports, and provide services to vessels including the maritime platforms, maritime units registered in Saudi Arabia and vessels under construction or being registered in Saudi Arabia or classified through the assigned international authority or those being rehabilitated.