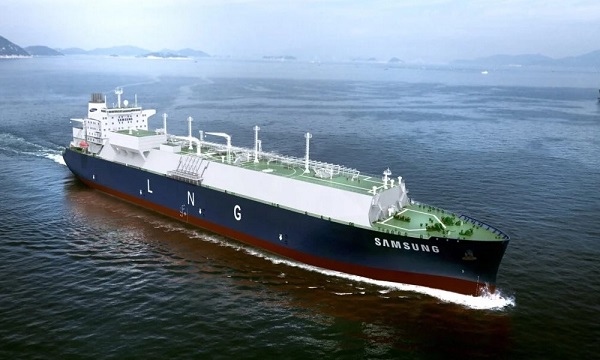 Local media reported on Samsung Heavy Industries winning the AIP from the Korean Register of Shipping (KR). This is for SHI’s new onboard carbon capture system for vessels that run on liquefied natural gas (LNG).

In addition, this marks the first time South Korean firms receive AiP for such technology from classification society KR.

The shipbuilder developed this technology together with the compatriot company for eco-friendly marine applications Panasia. They have been working on this CCS technology since 2020. Currently, Samsung is conducting a technology performance test at a demonstration facility by Panasia in Jinhae, South Gyeongsang Province.

The carbon capture system for ships is a technology that uses an amine-based liquid absorbent to separate and recover CO2 from the exhaust gas of LNG that is burned in a ship engine or generator.

Finally, the plan is to commercialize this CCS technology for LNG-fueled ships by 2024. SHI will do so by continuing research to increase the reliability of the technology.

In December, the shipyard revealed that it has independently developed a new mooring system for FLNG. Its ‘One-side Spread’ mooring system is a patented technology that can replace complex turrets in mild offshore environments. For this innovation, it secured technological reliability through ABS classification certification.