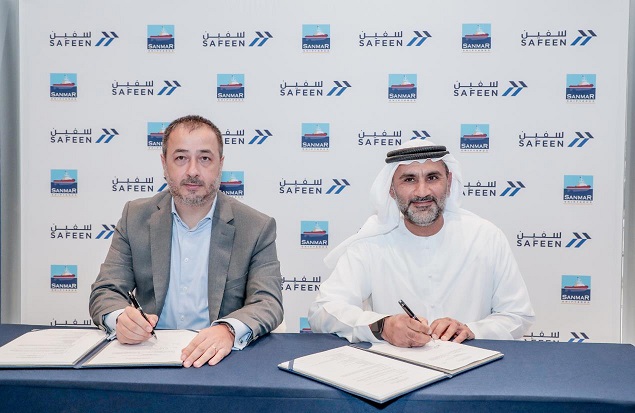 Powered by a Caterpillar 3512C / Tier II “C” Rating engine achieving a bollard pull of 50 tons ahead and 45 tons astern, the new vessel is the latest addition to SAFEEN Group’s 20-strong tugboat fleet.

The acquisition is an integral part of the organisation’s ongoing efforts to expand its capabilities and exemplifies AD Ports Group’s commitment to enhance its unique maritime logistical offering with the latest vessel design and service solutions on offer within the industry.

Captain Maktoum Al Houqani, Chief Corporate Authority Officer and Acting Head of Maritime Cluster - AD Ports Group  said: “We are pleased to announce the addition of SEMAIH, a Ramparts 2200 ASD Harbour Tug, to SAFEEN Group’s marine service fleet, which has greatly enhanced our ability to meet the evolving trade demand and requests for chartering services, as well as address the increasing complexity of logistical operations across the region.

“Through continued fleet expansion and investments into industry-leading service capabilities, AD Ports Group’s Maritime Cluster has positioned its assets to not only support the future growth of our customers but to also drive the development of Abu Dhabi’s industrial might in line with the “Operation 300bn” national industrialisation strategy.”

Gary Dockerty, Sales Director - Middle East and Africa of Sanmar Shipyards commented: "We at Sanmar Shipyards feel, once again, honoured to be awarded with this order for the Sirapinar series tug and the opportunity to strengthen our relationship with AD Ports Group as a partner in meeting their strategic goals across the maritime landscape.

“We look forward to further collaboration in the future towards reaching our mutually ambitious targets for building a more sustainable maritime future for all our customers and stakeholders."

Facilitated as part of an agreement signed with Sanmar Shipyards at the recent Seatrade Maritime Middle East event in Dubai, the new tug, while currently under construction at one of the tugboat manufacturer’s purpose-built, state-of-the-art shipyards in Turkey, will be delivered to AD Ports Group in Q1 2022 via a Sanmar delivery crew.