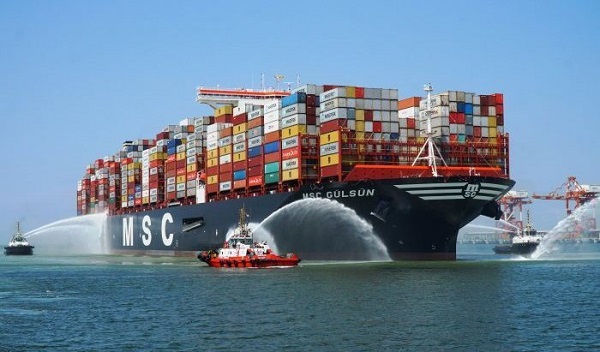 Much has been written about the fleet expansion at Gianluigi Aponte’s Mediterranean Shipping Co (MSC) during container shipping’s boom era. Since August 2020 the Geneva-headquartered liner has bought more than 250 secondhand ships, as well as building a 1.7m teu orderbook, a period of expansion on a scale never seen before in any commercial shipping sector. This period of expansion also saw MSC surpass alliance partner Maersk at the top of the liner rankings at the start of the year.

Putting some perspective on MSC’s expansion, its orderbook today is roughly the same as the entire extant fleet of Hapag-Lloyd, the world’s fifth largest liner. Putting its extreme sale and purchase activity in context, Alphaliner data shows that the number of MSC purchases since August 2020 are greater than the next seven largest buyers combined.

While historically MSC, whose roots date back to 1970, has had a strong focus on chartering in ships, this has changed during liner shipping’s record earnings period of the last couple of years. Since the start of 2020, MSC’s share of owned ships increased to 69% from 51%, according to Linerlytica.

Last month MSC agreed to acquire 100% of the share capital of towage operator Rimorchiatori Mediterranei. In September the carrier debuted MSC Air Cargo, something that will take to the skies from early next year. The cash-rich line has also bought many other assets including Bolloré  Africa Logistics and Log-In Logistica.

Originally hailing from Naples, the secretive Gianluigi Aponte has amassed a personal fortune of as much as $100bn, Swiss media reported last month, firmly putting the family as the richest in Switzerland, three times as wealthy as the second-placed family.

If the $100bn wealth was confirmed that would place the Apontes in sixth place on Forbes rich list, nestled between Bill Gates and Warren Buffett. 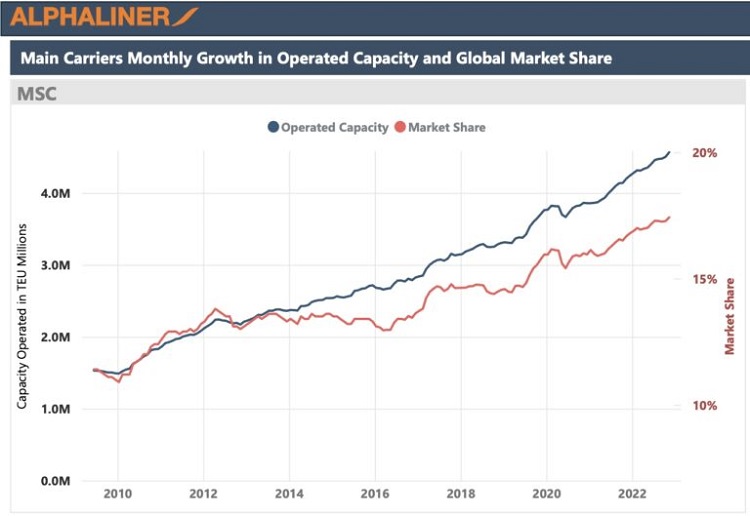