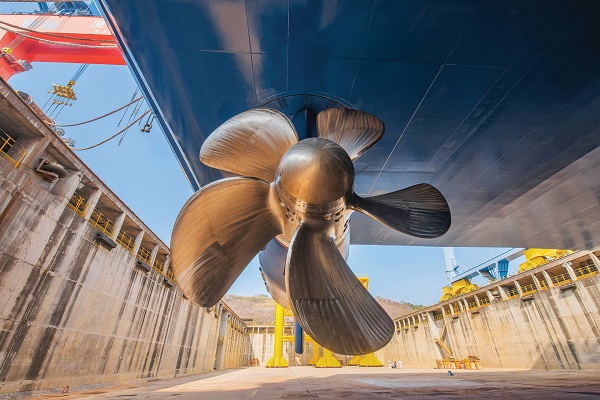 As the International Maritime Organization #IMO heads towards critical environmental targets with a 50% reduction in marine greenhouse gas emissions #GHG, and a 70% reduction in the c#arbon intensity of emissions by 2050, the #shippingindustry recognizes its power to change the impact on the environment and play a leading role, with a widespread adop-tion of green propulsion systems and energy sources.

So what awaits the industry in this scene of green solutions? In this edition Robban As-safina team discusses green propulsion and fuels, going through the latest innovations, trends and environment compliance, with viewpoints from leading experts in the indus-try.

Bjarne Foldager, Head of Two-Stroke Business at MAN Energy Solutions speaks of the maritime energy transition, meeting tight IMO deadlines with proper #CO2Regulations: “In a recent analysis with German industry associations, VDMA and VSM, we showed that – with the appropriate regulatory framework provided – at least in #Europe, shipping could be climate-neutral by 2045. This would be much quicker than projected by the IMO but might still not be quick enough.”

While #shipping easily remains the best transport option in terms of CO2 emissions, Fold-ager believes that there is a need to minimize an inevitable 2050 emissions overshoot by increasing the speed of greenhouse-gas regulation through specific, ambitious targets: “The maritime industry will need to incentivize newbuildings and encourage dual-fuel take-up, but must also focus on the existing, fossil-fuel-burning fleet and encourage green retrofits.”

As there are no technological obstacles for CO2 regulation according to Foldager, tech-nologies are consistently being developed for further maritime decarbonisation: “For ex-ample, in August of this year, we signed a memorandum of understanding with Stena Line and Proman for a project investigating the retrofit of MAN 48/60 engines to dual-fuel, diesel/methanol operation. We have also just won an exciting new reference for our 32/44CR engines that will form part of a combined diesel-electric-and-diesel propulsion system for German Navy frigates.”

Marcus Högblom, Head of Passenger Vessel segment, ABB Marine & Ports says that elec-tric, digital and connected solutions are helping the industry meet ambitious emissions’ reduction targets. Through a combination of these solutions covering propulsion, power generation and distribution and shore connection, operators can significantly enhance efficiency and reduce emissions fleetwide – and, in doing so, contribute to the realization of sustainable shipping in line with IMO ambitions.

“As a leading global technology company, ABB has been powering ships for over 110 years – and today, more than 1,300 vessels rely on its electric, digital and connected solu-tions, which include the revolutionary Azipod® propulsion system. Centered on a podded electric drive motor, Azipod® boosts vessel maneuverability and achieves fuel savings of up to 20% compared to traditional shaftline systems. As an average figure, the technolo-gy contributes to an annual reduction in CO2 emissions of approximately 10,000 tons per ship.”

Azipod® integrates seamlessly with equipment on board, with ABB’s Propulsion Control System ensuring communication between onboard systems and its Power and Energy Management System (PEMS™) controlling overall power distribution. The combination of Azipod® and ABB’s electric propulsion setup makes it possible to configure the equipment for optimized performance, yielding further efficiency gains and emissions reductions. 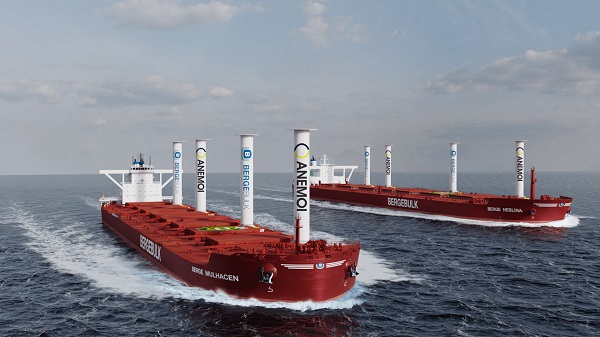 A combination of solutions
Speaking of the widespread of green energy, Elias Boletis, Senior Advisor and Propulsion Ambassador at Wärtsilä explains that consuming less energy, as well as expanding the use of green energy are reducing the fuel quantity needs and making the introduction of new low carbon fuels less complicated. The task is to tailor the solutions to each vessel type.

In the same context, Torsten Büssow, Director, Director Ship Electrification Solutions at Wärtsilä, believes that the contribution of such systems in the IMO GHG emissions vision requires a combination of technologies, stating that a single technology will not do the job; it’s the combination of many that will help achieve the target, using less energy or more green energy such as shore power, batteries charged with shore power, or green fuels, to sail the vessel.

Technologies
Büssow goes on to highlight some of the latest green propulsion technologies: “At the moment, all vessels are performing steps in further electrifying their propulsion systems to be more flexible towards an uncertain future and you pull all levers on propulsion im-provement devices like pre- or post-swirl devices. On the same level, a hybrid propulsion system, which has a second power source to the combustion engine, typically a battery or a fuel cell, is the most flexible type of propulsion systems, that is why many vessels, including classical merchant ones opt for this solution.”

There are endless combinations of alternatives that depend on the vessel type and its operational profile, according to Büssow; A Ropax or PCTC would use a PTO/PTI Hybrid propulsion with shore power, while a bulker can use wind propulsion support or air lubri-cation system to reduce resistance.

Green Curbs the Challenge
From a fuel perspective, Foldager anticipates a strong market interest in green fuels with-in the next decade, precisely methanol and ammonia, as the demand for green fuels for shipping will increase steeply, incurring a gap in supply that could potentially lead to a shortage of green fuels and thus curbing decarbonisation.

“Our analysis shows the supply and demand of green methanol and green ammonia in balance until 2025 when methanol is projected to take off at scale, by which time ammo-nia will have made its market debut. In a similar vein, we announced earlier in 2022 that we plan to invest up to 500 million euro in our subsidiary, hydrogen specialist H-TEC SYSTEMS, as we see green hydrogen becoming one of the most important energy sources globally over the next five to ten years.”

These expectations surround the fact that regulatory bodies must promptly adopt regula-tions that invite capital into the production of alternative, green fuels to fill the gap be-tween expected demand and actual supply of green fuels up to 2050, according to Folda-ger. “Shipping urgently requires large volumes and thus scalability”, says Foldager, “and we must create partnerships with like-minded industry partners to drive decarbonisation as the transition is too great for any one player to handle alone.”