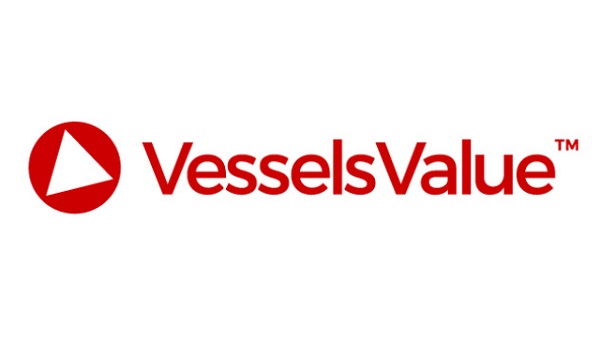 Introduction
The Middle East, in particular Saudi Arabia and Abu Dhabi, are investing heavily in their respective oil and gas industries, and making no bones about their growth and expansion plans.

Within Abu Dhabi, state oil company ADNOC has projected a target of 5 million barrels of oil per day in production by 2025. As a result, ADNOC has also increased the number Jack Ups required in the UAE region.

The increased level of production and level in activity has had a positive knock on effect, not only for the Jack Up drilling fleet, but the Offshore Supply Vessel (OSV) fleet as well.

OSV: General Market
The rebound in the Oil & Gas market during 2022 has bolstered OSV activity in the Middle Eastern Gulf, having a positive impact on day rates, utilisation and asset values.

Figure 1.0 shows the current Middle Eastern Gulf OSV fleet utilisation using VesselsValue’s recency of AIS tool. If a vessel has not signalled for a period of time greater than 8 weeks, then we consider it laid up/inactive. Platform Supply Vessel (PSV) and Anchor Handling Tug Supply vessel (AHTS) utilisation on average remains at 89% in the Middle East, which is a good level, underlining the current buoyant Offshore market.

The remainder of vessels considered laid up are likely to have sustained long term layup (more than 4 years), meaning they are unlikely to ever return to the market.

The Middle East has been Hungry for Tonnage
2022 has been a busy year for OSV (AHTS/AHT & PSV) S&P activity, especially during Q1 where owners found themselves rushing to acquire and reactivate tonnage, as demand was on the rise.

An outstanding effort by Rawabi Holding’s commercial team, making up 52% of the Middle Eastern Gulf purchases this year alone for OSVs.

Figure 1.2 are some of their most notable purchases from 2022. 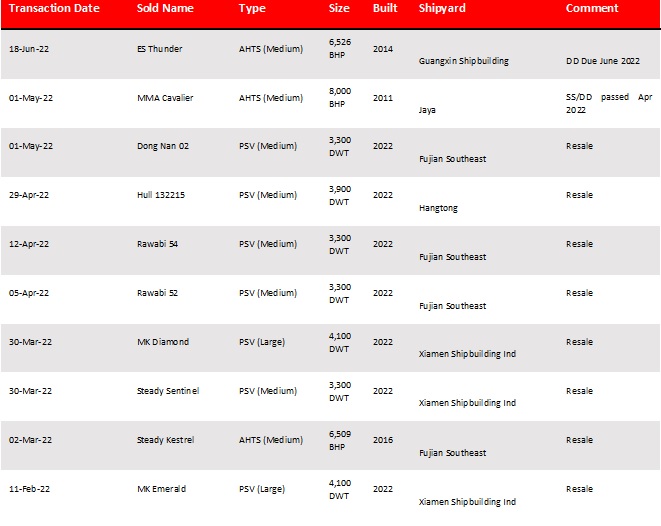 Rawabi Holding of Saudi Arabia has been vacuuming up Chinese resales at a quick rate, leaving little left over for their competitors. This has proven to be a good move by Rawabi, by decreasing the average age of their OSV fleet, whilst simultaneously improving their market share in the KSA.

What’s to Come?
The mixture of market fundamentals, including the large CAPEX spending plans projected by NOCs, ageing OSV fleet, distinct lack of newbuilding seen in last 7 years, units sold out of sector and assets sold for demolition as part of some larger owners’ fleet renewal programs, leave many confident that there will be a continual positive trend ahead for the Middle East OSV market.

However, the recent hike in interest rates and general slowing down in economic growth felt by the western economy cannot be overlooked. This could result in lower levels of demand and a potential pause on investment decisions. Going forward, this will be something to monitor closely as we approach Q4 2022.

Jack Up Drilling Rigs
Middle East at the Helm
With Saudi Aramco proposing a target of 90 Jack Ups operating within the KSA region by the end of 2024, this has led to significant S&P activity by one KSA player. Ades International In 2022 alone, the company purchased 21 rigs and spent c. USD 1 Bil. Figure 1.3 shows how aggressive Ades have been on the S&P market compared to the other two major Jack Up purchases in the Middle East.

What’s happened to Market Values in 2022?
William Shakespeare’s quote ‘’better three hours too soon than a minute too late’’ is somewhat relatable to ADES International’s buying strategy and market timing in the Jack Up drilling rig space, as the number of workable and quality units left in market is decreasing every day. All of which is increasing asset values across all ages and day rates for Jack Ups in general.
For example, on January 28th 2022, the now Admarine 688, ex Deep Driller 1 (375 ft. 2006 blt PPL) warm stacked since Nov 2016, SS/DD overdue sold to ADES International for USD 12.25 mil.

VesselsValue’s automated Market Value the day before the sale was USD 13.61 mil, (considering the asset to be in seaworthy and operating condition).

Conclusion
The Middle East shows no sign of slowing down and its clear they are committed to their Oil and Gas heritage and industry.

As we enter Q4 2022, and with the increasing need for energy security by European nations due to the Russian and Ukrainian war, we are confident the market sentiment will remain positive going forwards for the Middle East.