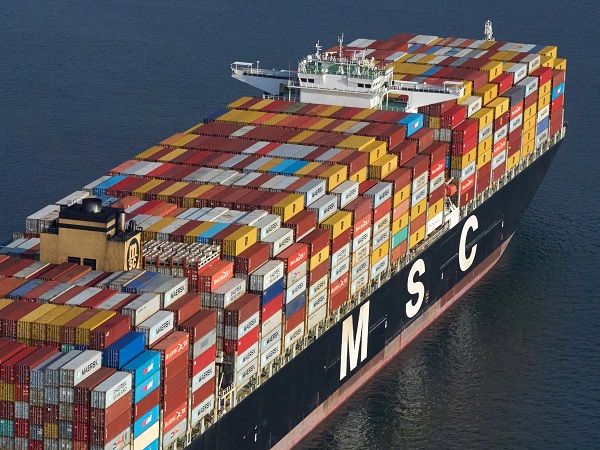 Seeking to round out its services and capture a portion of the growth in expedited cargo, MSC announced it will become the latest shipping line to launch a branded air cargo operation. The company, which has been moving aggressively to add ships driving its fleet to become the world’s largest, follows the lead of CMA CGM and Maersk both of which are also launching air cargo operations.

“We are delighted to announce the development of MSC Air Cargo,” said Soren Toft, Chief Executive Officer of MSC in a press release announcing the new operation. “This is our first step into this market and we plan to continue exploring various avenues to develop air cargo in a way that complements our core business of container shipping.”

MSC hired a seasoned industry executive, Jannie Davel, who was formerly with Delta Cargo, Emirates SkyCargo, and DHL, to develop its air cargo business. Davel, who joined Delta at the beginning of 2021 has over 28 years of experience in the industry. He will build the team for MSC.

The new air cargo operations have been under development for several months MSC reports. Previously, MSC and the Aponte family that controls the shipping group had reported their interest in acquiring a controlling stake in Italy’s ITA Airways, the successor to Alitalia launched by the Italian government in October 2021. The Aponte family in January 2022 was reported as interested in acquiring the air carrier and in May confirmed it was proposing the acquisition in partnership with Lufthansa. At the end of August, Italy however selected a partnership between Delta Air Lines, Air France-KLM, and U.S. private equity firm Certares as the winning bidder for ITA.

MSC Air Cargo will launch in early 2023 with four anewly delivered Boeing 777-200F aircraft. MSC has entered into an agreement with Atlas Air to operate the planes. No routes were specified for the new service.

Citing a similar demand from customers for “agile logistics solutions,” CMA CGM announced its plans for its branded air cargo operation in March 2021. The French group started operations with four Airbus A330-200F and in June received its first two Boeing 777 Freighters, which are billed as the world's largest, longest range, and most capable twin-engine freighter, with a maximum payload of 107 tons. CMA CGM has ordered two additional 777 aircraft as well as plans for a total of four A330 and another four A350 planes. The company is building a network for scheduled flights with operations in Chicago and Atlanta in the U.S., Paris as its home base in Europe, other European cities, and in Asia at Seoul, Shanghai, Hong Kong, and Bangkok. They predict by 2026 their fleet will reach 12 aircraft.

Maersk also plans to begin branded Maersk Air Cargo operations starting in the second half of 2022. Maersk is leasing three Boeing 767-300 freighters and ordered two 777 aircraft as well as three additional 767-300 aircraft. At the end of August, the company operated a special demonstration flight between Incheon, South Korea and the United States and expects shortly to start its service between the U.S. and China. In Europe, Maersk Air Cargo will be operating from Denmark’s Billund Airport as its main hub.