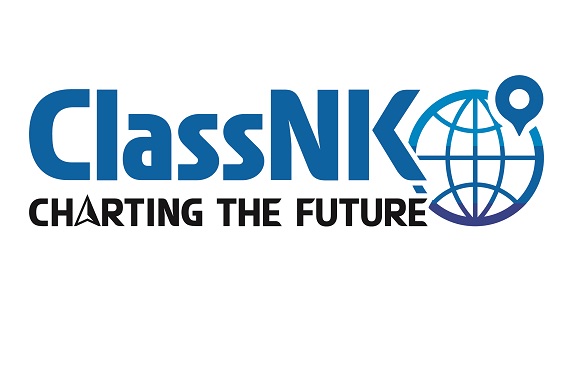 ClassNK has issued an Approval in Principle (AiP) for an ammonia bunkering vessel (ABV) developed by Nippon Yusen Kabushiki Kaisha (NYK Line). This is the Society’s first AiP for ABVs. 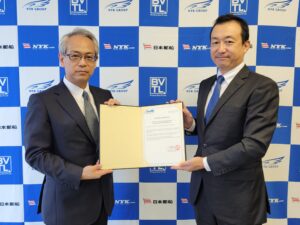 Ammonia is expected to be used as a ship fuel for decarbonization since it does not emit CO2 when combusted. Meanwhile, adequate safety measures are imperative as it has been pointed out that ammonia is toxic to humans and corrosive to materials. ClassNK has been involved in projects aiming for zero-emission ships using ammonia fuel in terms of safety assessment, and has issued its “Guidelines for Ships Using Alternative Fuels” as a necessary standard to minimize the risks related to ammonia-fueled ships for the ships, crews, and environment by stipulating requirements for installation, controls, and safety devices.

The ABV developed by NYK Line will be used as a bunkering vessel for ammonia-fueled vessels, which are expected to be widely used from the late 2020s. The company has developed its own design drawings, and introduced a method of creating 3D models linked to the drawings at an early stage of concept design, which is typically done at the detailed design stage after the shipbuilding contract, enabling it to draw up specifications that incorporate sufficient safety measures for ammonia hazardous areas and escape routes based on risk assessments (HAZID: Hazard Identification Study).

ClassNK carried out the design review of the ABV being developed by NYK Line in line with its Part N of Rules for the Survey and Construction of Steel Ships incorporating the IGC Code. Upon confirming the conformity to the relevant rules, ClassNK issued the AiP for the design concept of the vessel. In the Society’s AiP drawing approval process, 3D models were partly used for the first time as an alternative to 2D drawings, and the role of 3D models in development projects has been greatly expanded.

ClassNK will actively continue to take part in advanced initiatives toward decarbonization and also support decarbonization of the entire maritime industry by incorporating the knowledge gained through collaboration with front runners into rules and guidelines.

Approval in Principle (AiP):
At the initial stage of designing or before the specific target ship to be implemented is decided, the design is examined based on the existing regulations such as international conventions and ship classification rules, and an Approval in Principle (AiP) is issued as proof of conformity with requirements. It also prevents rework of regulatory aspects in the post-process, shortens the examination time at the time of class registration, and can be used as a technical basis for external appeal of the design status.