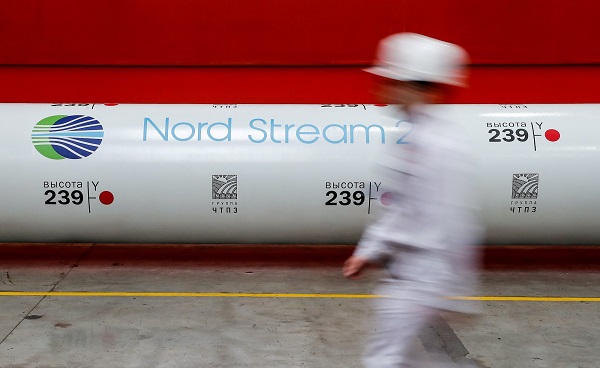 The Danish authorities on Monday asked ships to steer clear of a five nautical mile radius off the island of Bornholm after a gas leak overnight from the defunct Russian-owned Nord Stream 2 pipeline drained into the Baltic Sea.

The German government said it was in contact with the Danish authorities and working with local law enforcement to find out what caused pressure in the pipeline to plummet suddenly. Denmark’s energy ministry declined to comment.

The pipeline has been one of the flashpoints in an escalating energy war between Europe and Moscow since Russia’s invasion of Ukraine in February that has pummeled major Western economies and sent gas prices soaring.

“A leak today occurred on the Nord Stream 2 pipeline in the Danish area,” said Denmark’s energy agency in a statement.

Danish maritime authorities had issued a navigation warning and established a zone around the pipeline “as it is dangerous for ship traffic,” it added.

Nord Stream 2’s operator said pressure in the pipeline, which had contained some gas sealed inside despite never becoming operational, dropped from 105 to 7 bars overnight.

The pipeline, which was intended to double the volume of gas flowing from St. Petersburg under the Baltic Sea to Germany, had just been completed and filled with 300 million cubic meters of gas when Germany canceled it days before the invasion.

NO CLARITY
European countries have resisted Russian calls to allow the Nord Stream 2 pipeline to operate and accused Moscow of using energy as a weapon. Russia denies doing so and blames the West for gas shortages.

“We are currently in contact with the authorities concerned in order to clarify the situation. We still have no clarity about the causes and the exact facts,” said a statement from the German economy ministry.

The Swiss-based operator, which has legally been wound up, said it had informed all relevant authorities about the leak.

Monday’s gas leak happened a day before the ceremonial launch of the Baltic Pipe carrying gas from Norway to Poland.

The project is a centerpiece of Warsaw’s efforts to diversify from Russian gas. Danish Prime Minister Mette Frederiksen is due to travel to Poland on Tuesday to mark the occasion.

Nord Stream 2 was widely unpopular among Danish lawmakers and the country in 2017 passed a law which allowed it to ban the project from passing through its territorial waters on security grounds.

But Nord Stream 2 later changed the original route to steer it through Denmark’s exclusive economic zone, where this veto could not be applied.