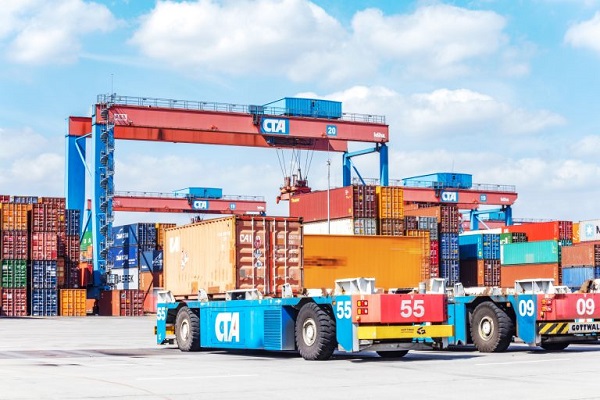 The first test delivery of hydrogen and its derivatives import has been completed at the climate-neutral HHLA Container Terminal Altenwerder in the port of Hamburg.

The pilot delivery sets an important milestone for the medium-term imports of green hydrogen, according to Hamburger Hafen und Logistik AG (HHLA).

Angela Titzrath, CEO of HHLA, commented, “HHLA is pleased to facilitate the import of hydrogen and its derivatives to Germany and Europe as part of the strategic energy partnership between UAE and Germany. In order to use hydrogen on a large scale, a reliable and efficient transport chain is needed from producing countries like the UAE to the German and European customers. With its European vast network of seaport terminals, rail connections and intermodal hub terminals operated by our rail subsidiary Metrans, HHLA is well positioned as an import hub and reliable logistics partner for the distribution and transport of hydrogen.”

HHLA signed an agreement with Abu Dhabi National Oil Company (ADNOC) in March 2022 to test the transport chain for hydrogen from the UAE to Germany.

The hydrogen supplied by Abu Dhabi National Oil Company (ADNOC) was shipped in the form of the hydrogen derivative ammonia, while the ammonia supplied will be used by the multi-metal manufacturer Aurubis for test runs for the climate-neutral conversion of gas-intensive copper wire production, thus replacing fossil fuel in the long term.

In 2020, HHLA launched the HHLA Hydrogen Network project to identify the potential of hydrogen in its own business segments and beyond.